The latest contractions on the peninsula

A stunning fact: my migrants’ fleet has been joined by a boat of a Swiss NGO, meanwhile we save the grounded boats to make them bloom. Gallery "the wars" 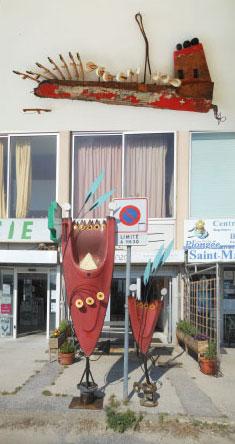 Still boats! If on our peninsula you’re not busy with boats, you don’t exist. If you want to go from here to Corsica you would get on some ship, if you are at your first steps in musical notation you would prefer a harp. My offer: pay one and you shall have both! Gallery "the harp boats" 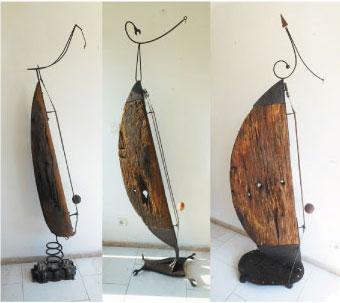 Let’s proceed with some more relevant argument: some centuries ago the convicts built the villas and castles in Tamaris. Frédéric Chopin and George Sand greeted. In 54 of the last century the state paid for your bandage. After some dead’s. Ok. Gallary "my comics"

Talking about castles: our talented cartographers have listed two new castles. One on the mandarin sea, the other one with an overflying albatros. Gallery "the bagatelles"

And the castles are per definition haunted. Therefore, during the night limbs of speeches invade me, pronounced as it is common nowadays: all together. A nice cloud! Gallery "the door crownings" 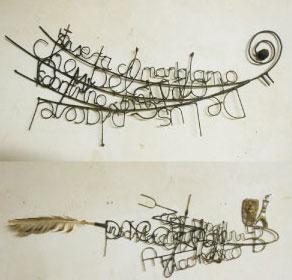 Fortunately the snow is not merely verbal. Fall down lots of triangles. Find for them some organization! Gallery "little bang" 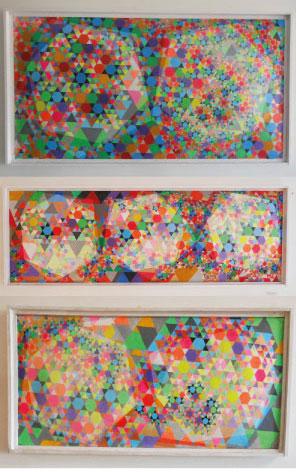