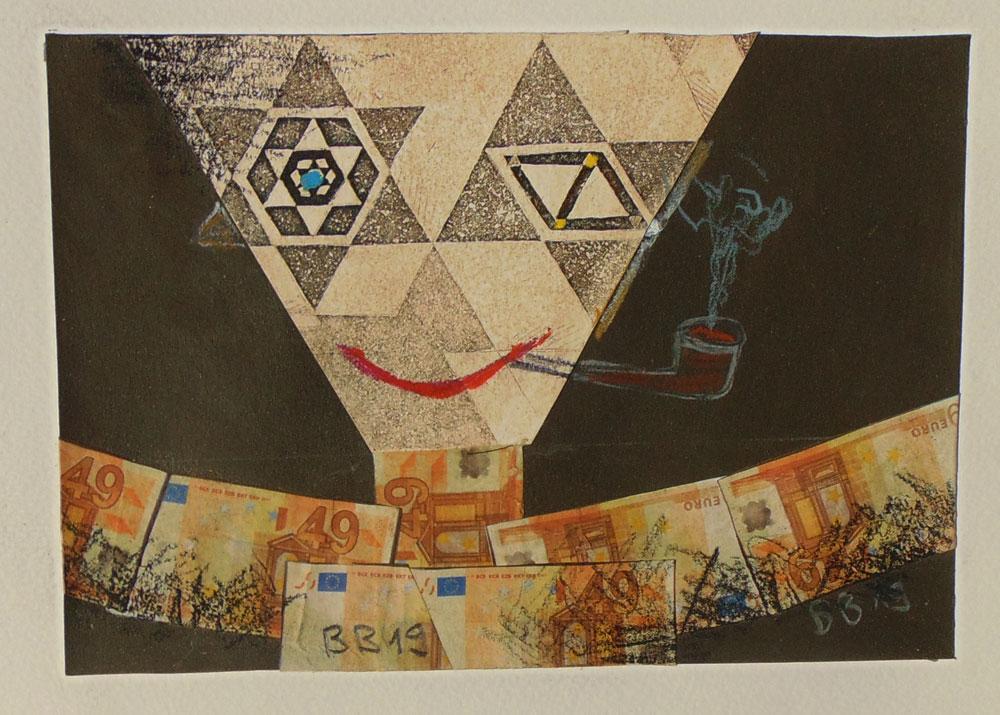 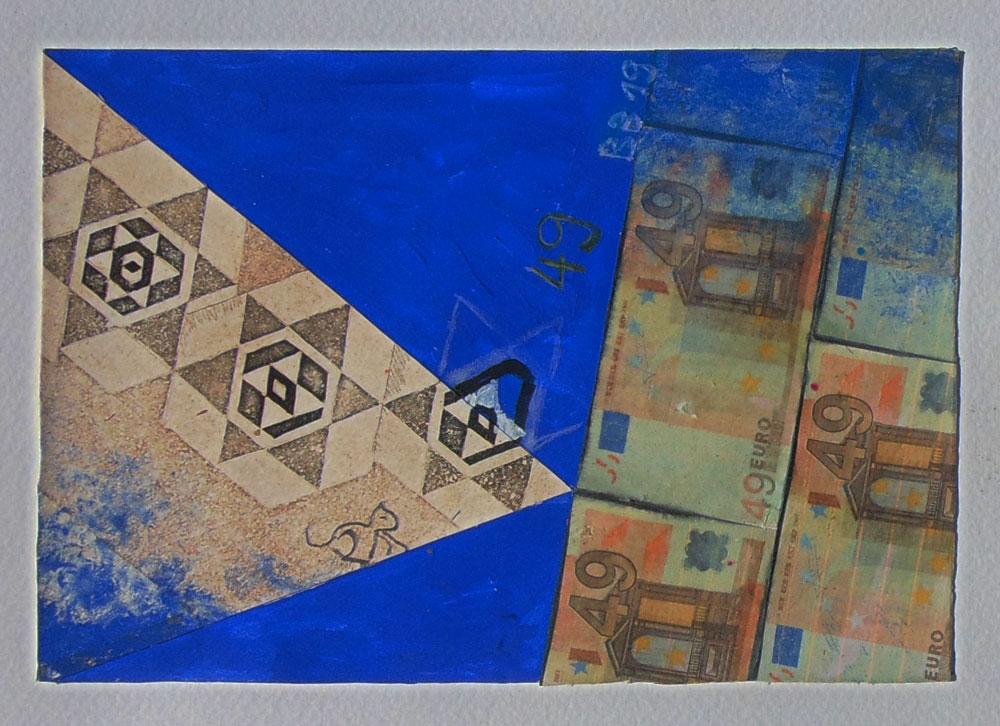 The landing wasn't quite smooth, but the flight costs 49 €! Cat included! 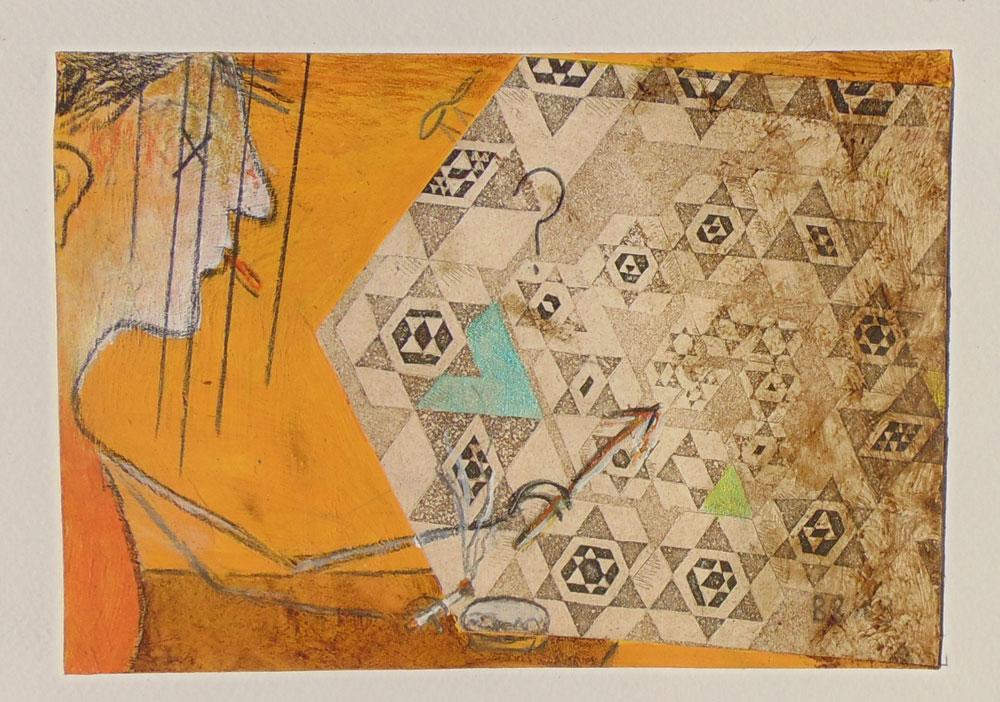 I'm looking at the map. Where shall we go? 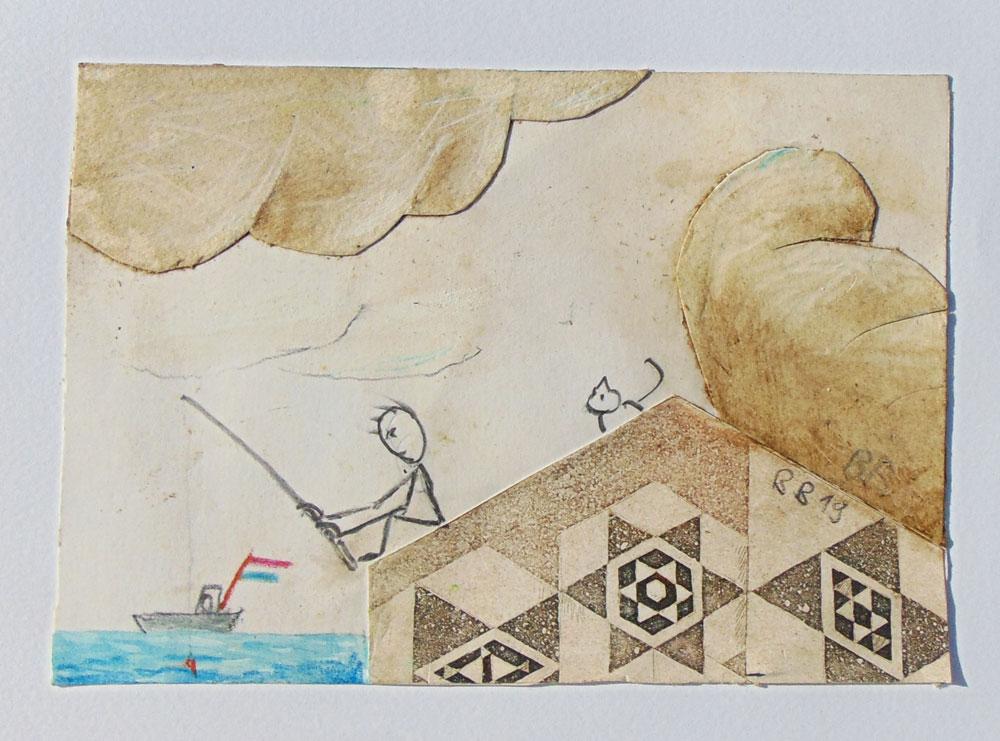 What a first day! The frisherman wants to get  his last fish before the storm. The cat is waiting (the next put-up job). 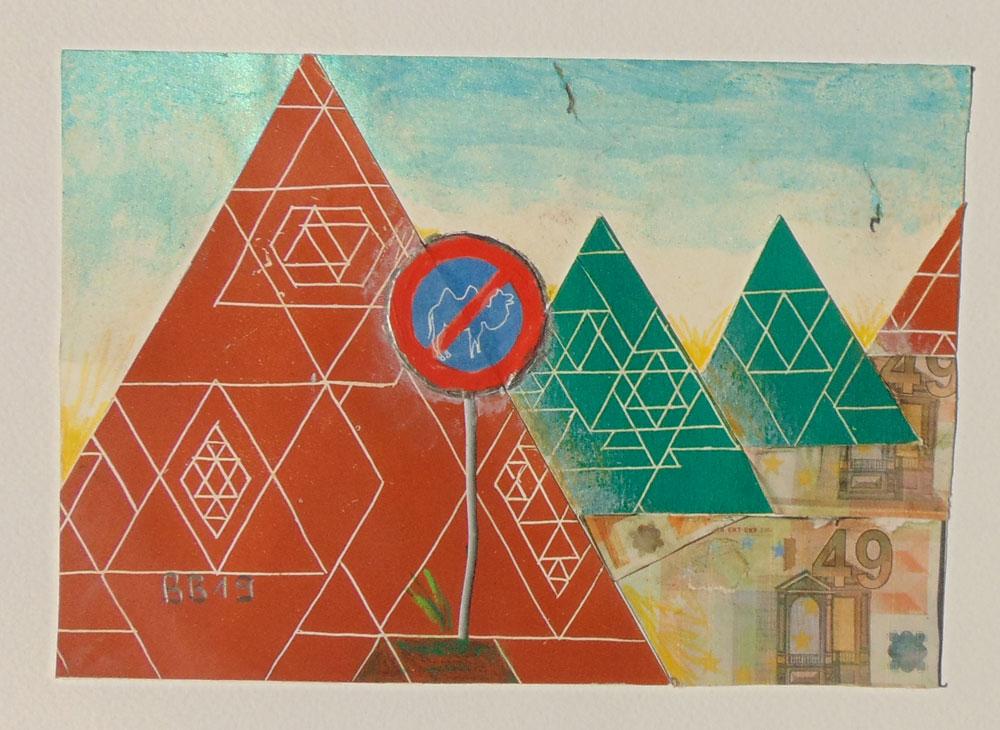 Today the pyramides. No parking for camels? Where can I go? 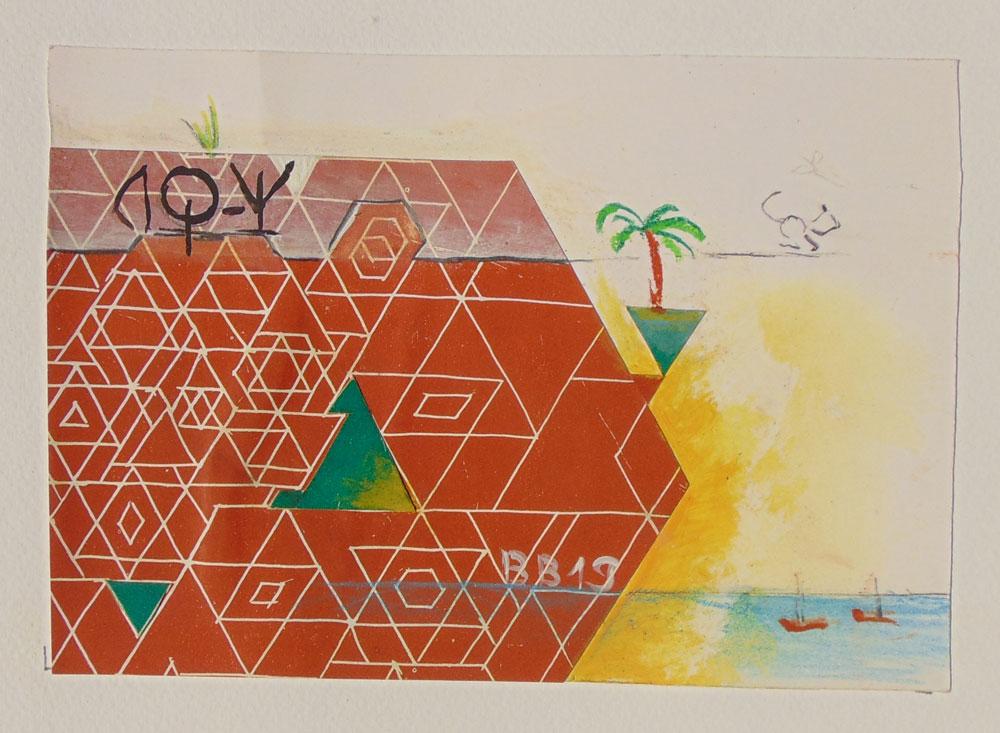 Let's go to visit a springboard for cats. A must for insiders! 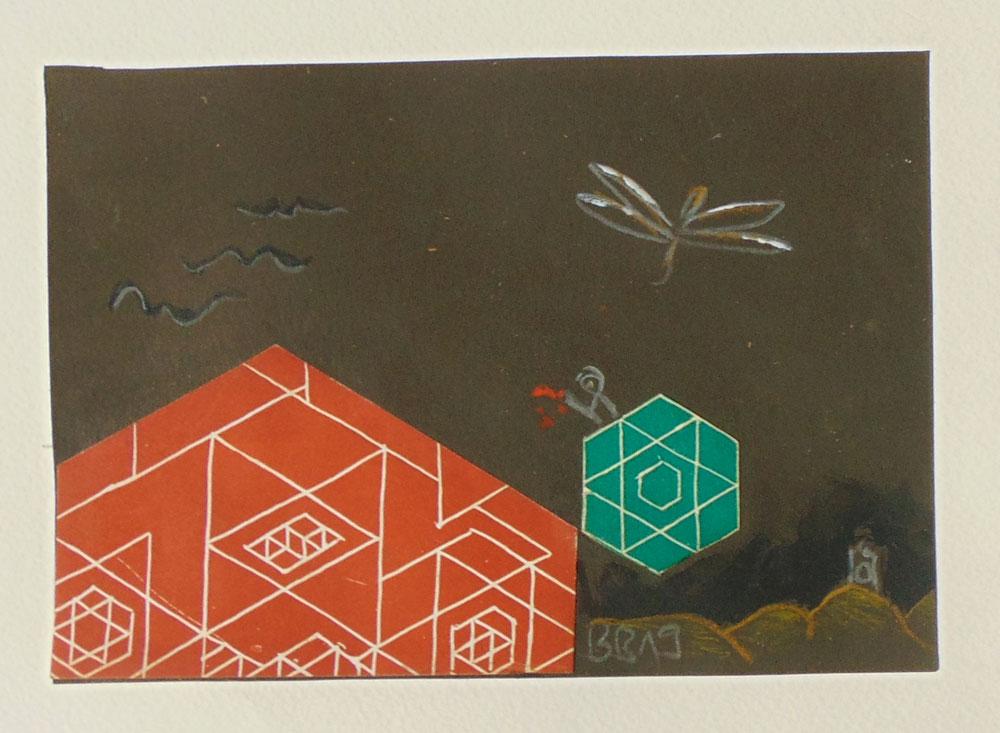 During the night we observe flyers. I wash my hands from the red, sticky sand. 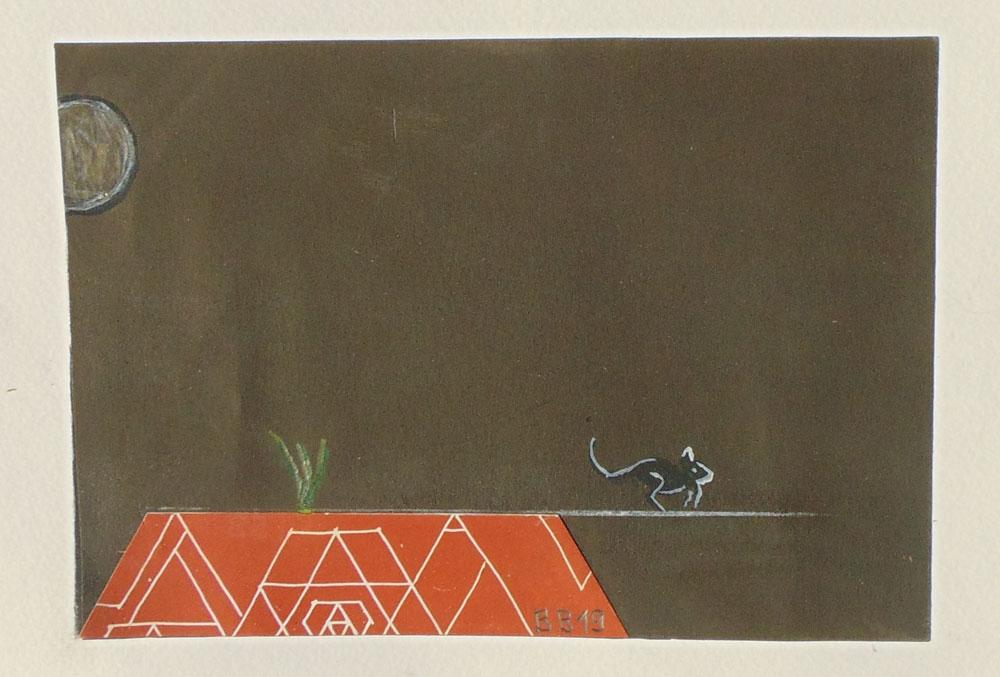 Meanwhile the cat has found the next springboard. 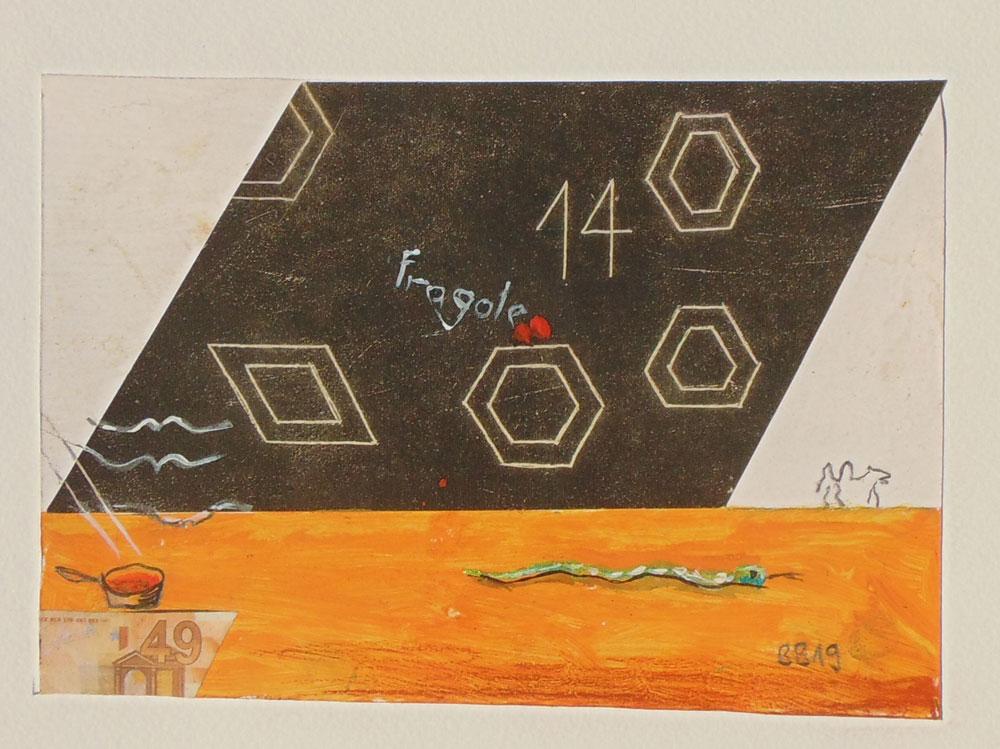 Next day, next excursion: the  twisted pyramide, exclusively for residents. There is to eat, even strawberries (the dish of the day at 49 €), they fly. Tourist must not know where it is. The snake brought me there. 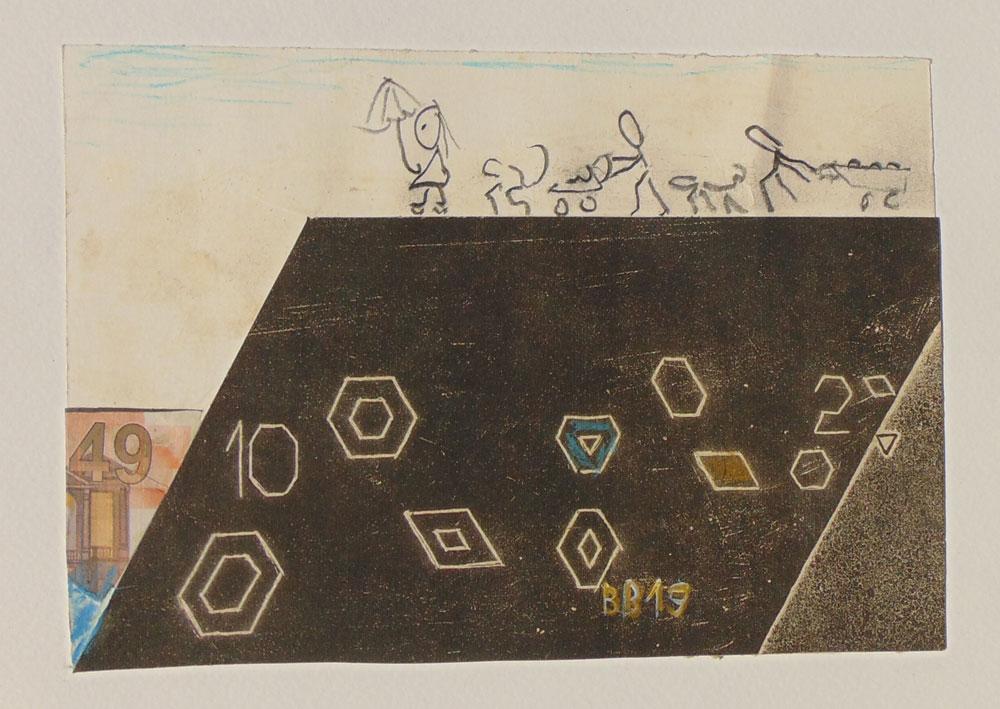 Towards  4 pm a large caravan passes by. The cat joins it. 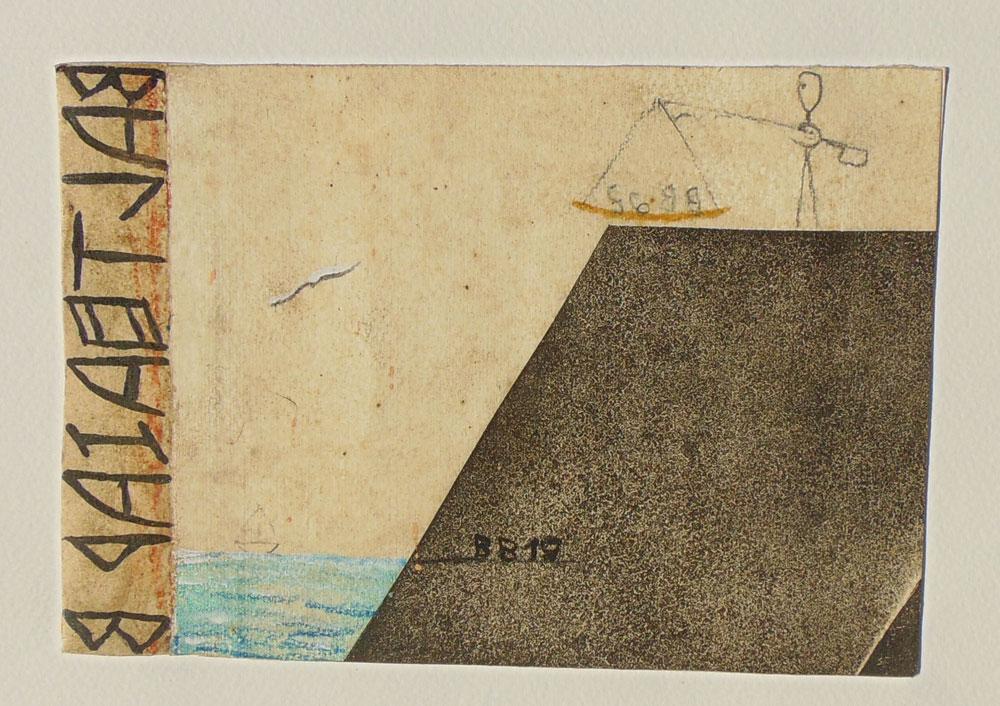 Once the caravan has passed by, I take a break to think. I weigh up the past. 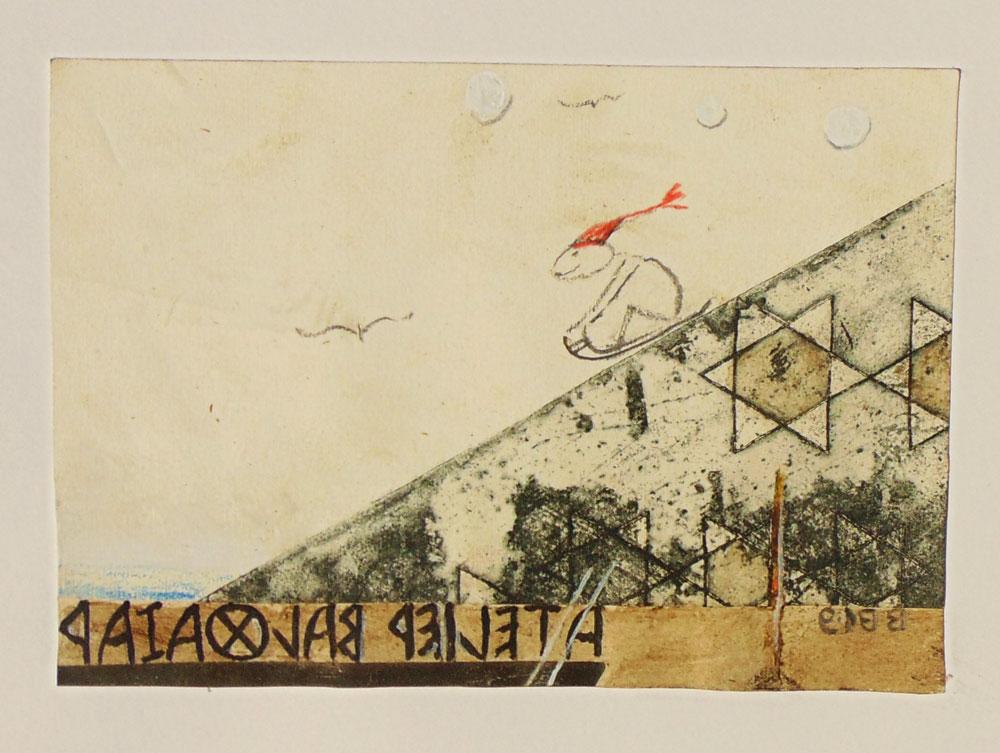 The downhills on sledge to avoid the snowballs, the first foreign language at scool, the first time I saw the sea ... 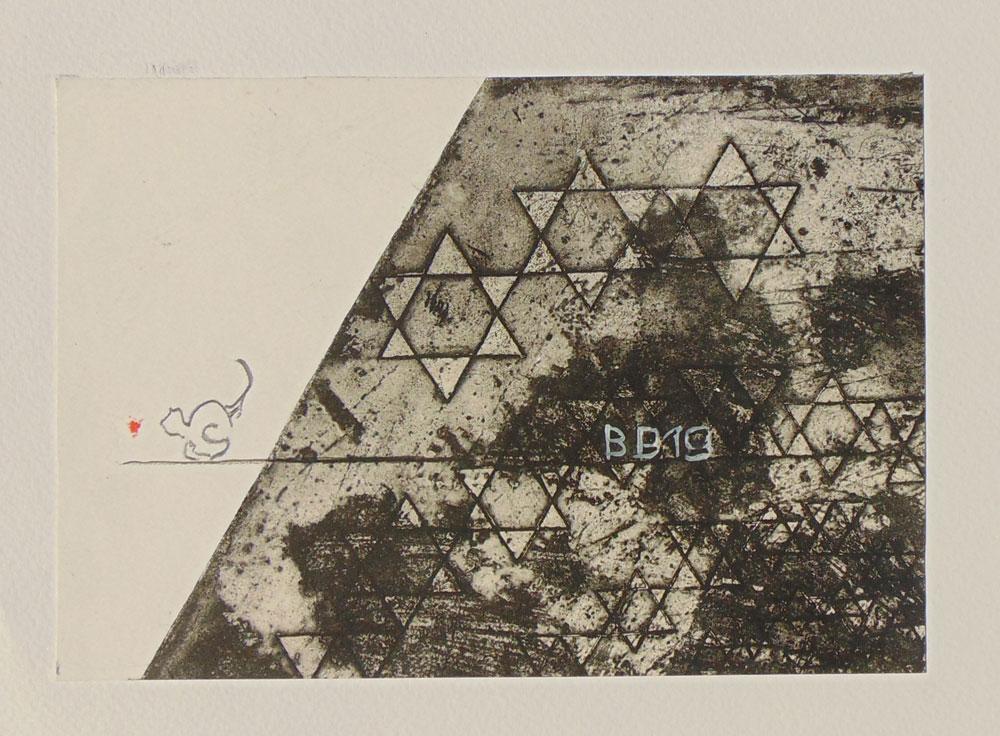 Not far away on a new springboard, the cat runs after a red ant. 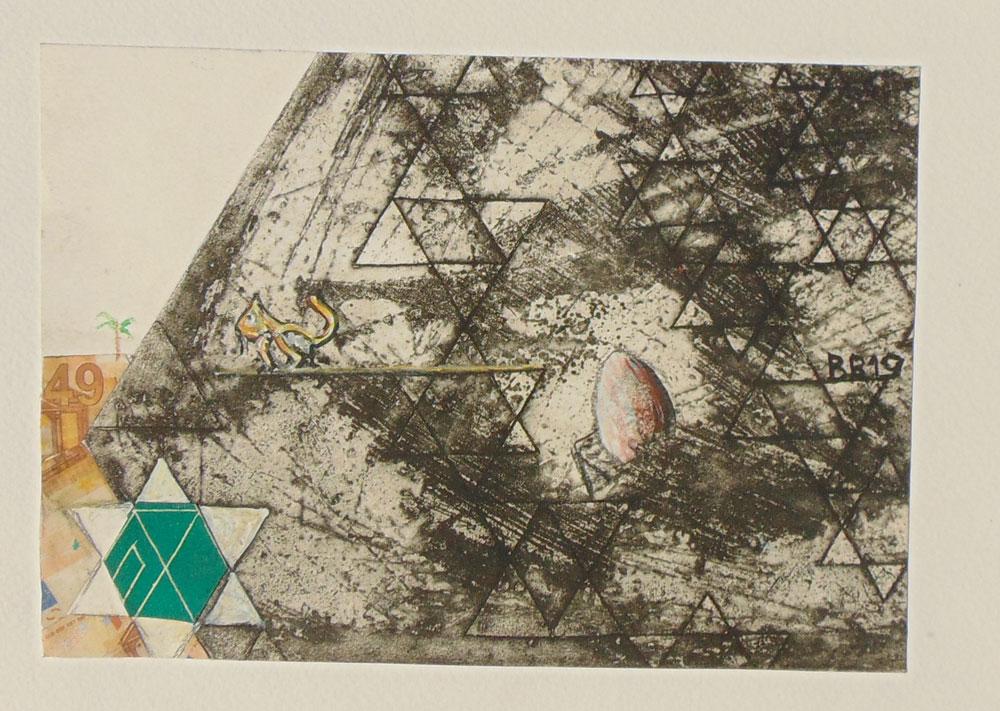 It didn't even notice the nest nor the green star nor the new offer for a futher 49€-ticket! 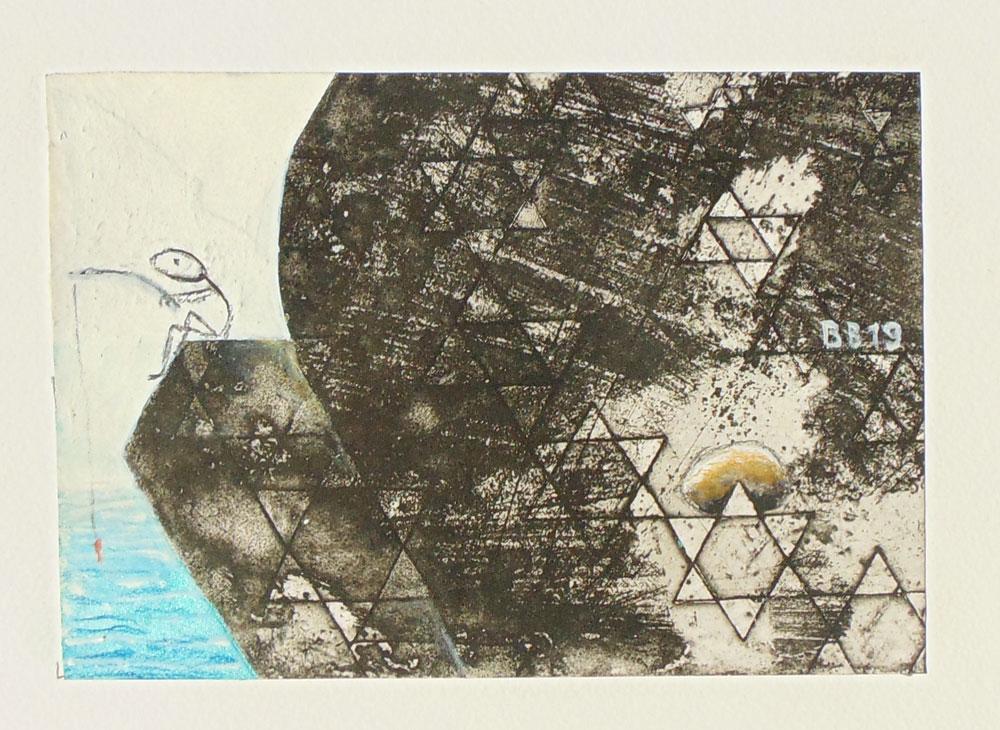 The fisherman, anyway, has little interst in nests. His cup of tea ar the hooks.

The seagulls, on the other hand, are very interested. They have just started the first overfly-exercice. 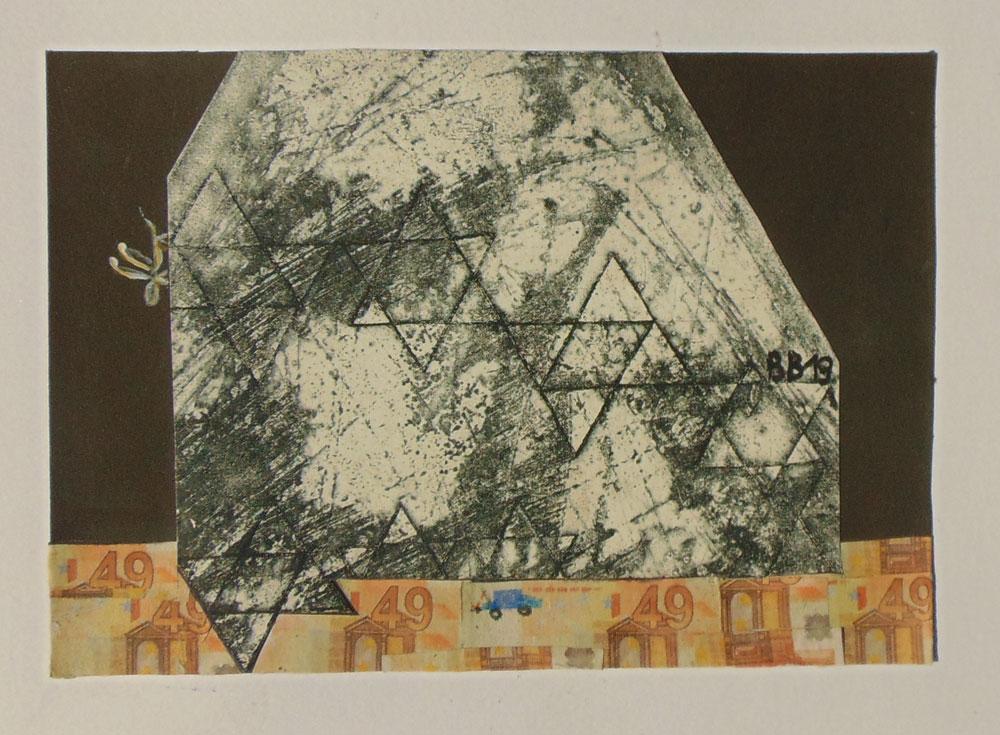 This one is not totally but rather queer, says the dragonfly to itself. But for 49 € it's ok for a vertical walk. 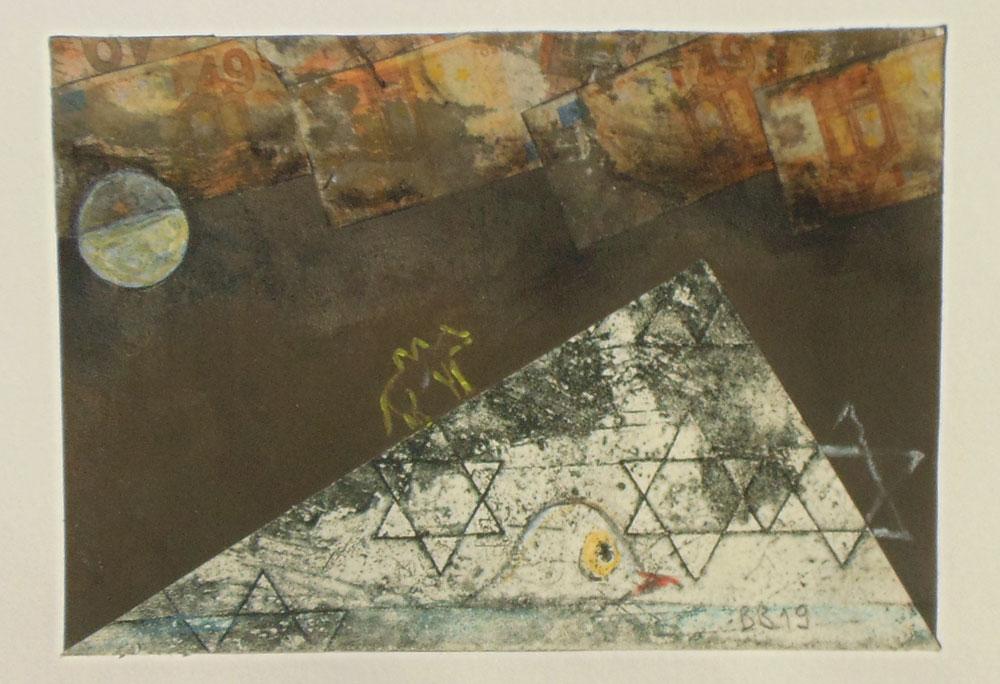 Was it really Egypt? , wonders the giant gull. Before going there concretely, maybe we should 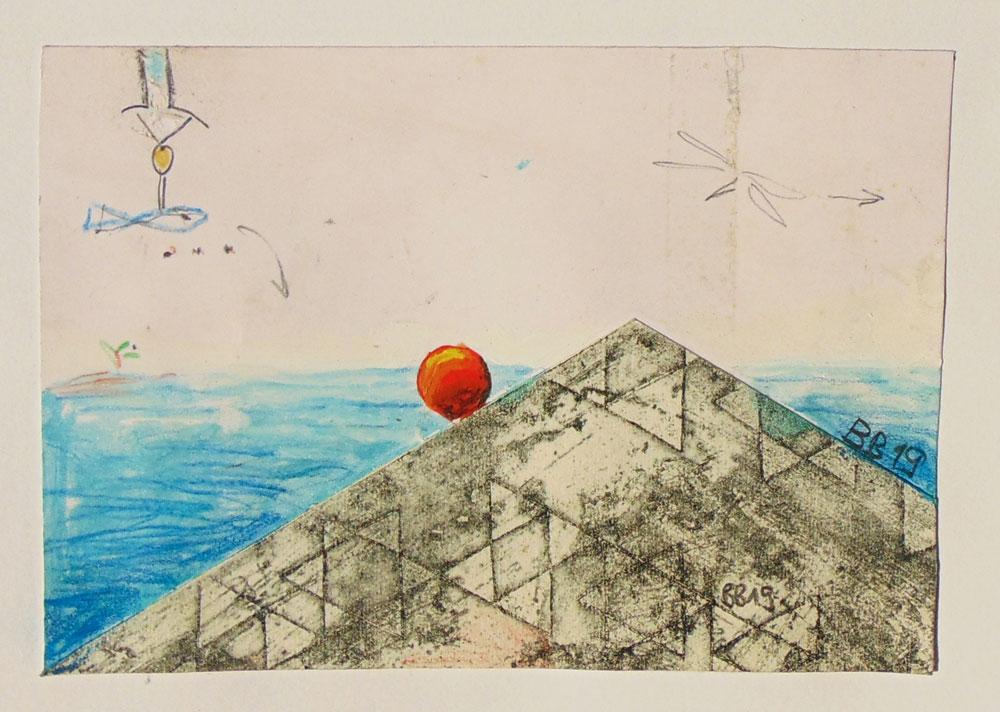 tidy up the mediterrainian sea ...