The delivery room and the environmental offence

Over the past few months some new-borns have seen the light of my studio. Of all colours, migrants or migrated, inert or enterprising ones, wounded or happy ones, even new-born aristocrats. Nearly everything.

In the delivery room we have worked! I call it the delivery room, but I'm not a gynaecologist nor a nurse, but simply craftsman of mall brushes, welders, toxic resins and beeswax. The becoming mums are not young women who get close to the happy end of their pregnancy, but virgin canvasses, old, recovered iron pieces and passed on manometers. 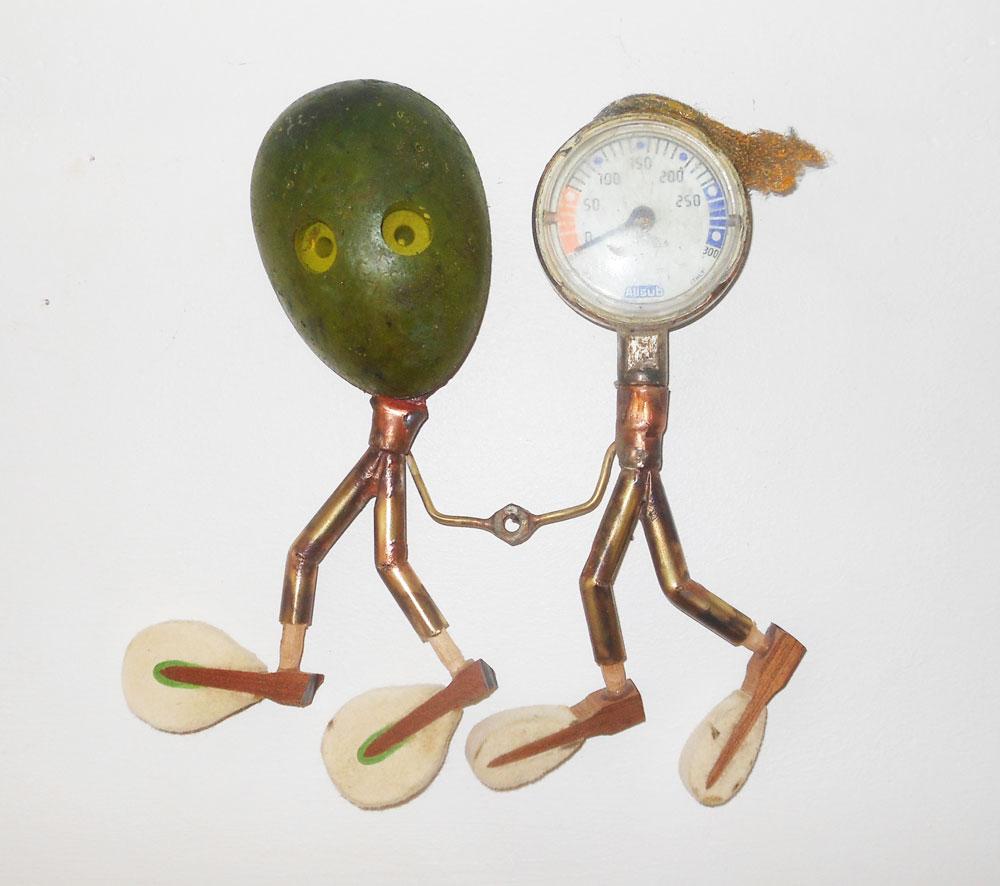 And it is at this point that occurred the environmental offence: a few weeks ago there was an autumnally violent storm. Three boats sank in the little port of Saint Mandrier. Someone has pulled them out of the water. Someone else cut them to pieces to dispose of them. But in what way?  In 100 metres of my studio, near the waste bins, I found half a mountain of pieces of fiberglass highlighting a proud bite of water and time. Ideal future mums! 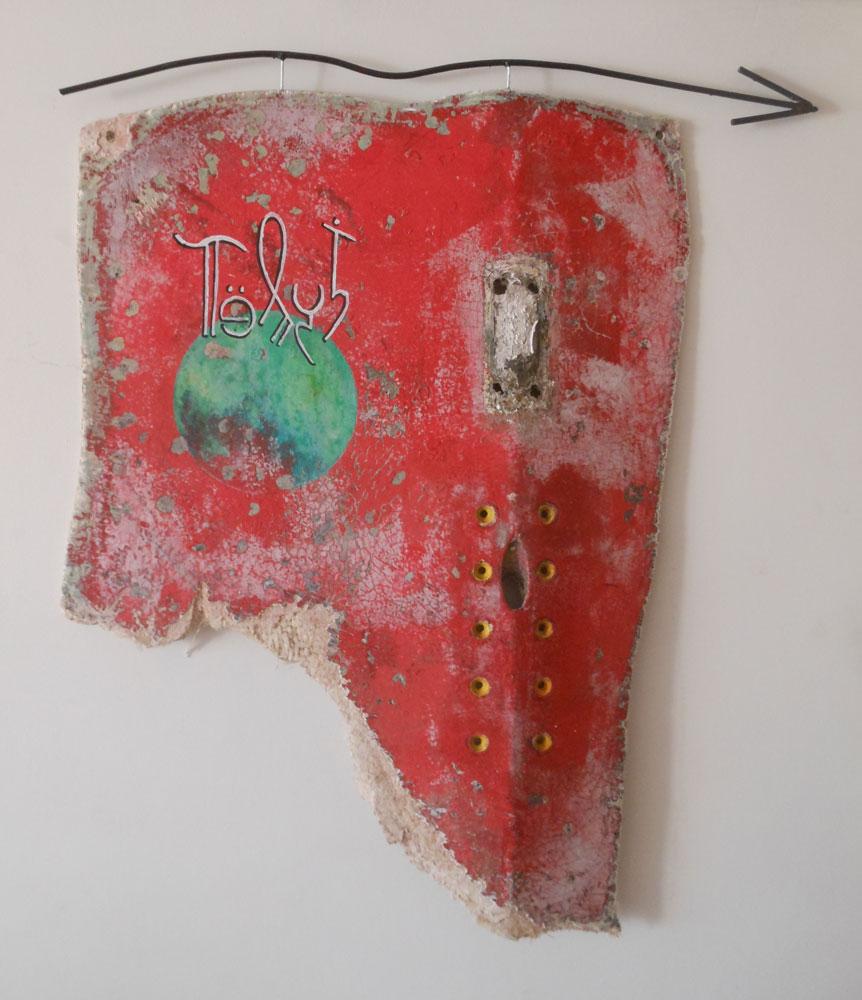 I carried a few pieces in the delivery room. But on the painting-wall there was already a Swiss-shaped precise rectangle containing hundreds of triangles and hexagons, not thrown there as a patchwork, but patiently and mathematically ordered. I had to finish it in order to hang at its place a piece of boat.

Some of us are attentive to not pollute unnecessarily. Instead of throwing it away, a neighbour brought me an old, rusty silencer of a scooter, another friend four carved legs of an old table of the grand-mother. There were about to be born new guard- worms. 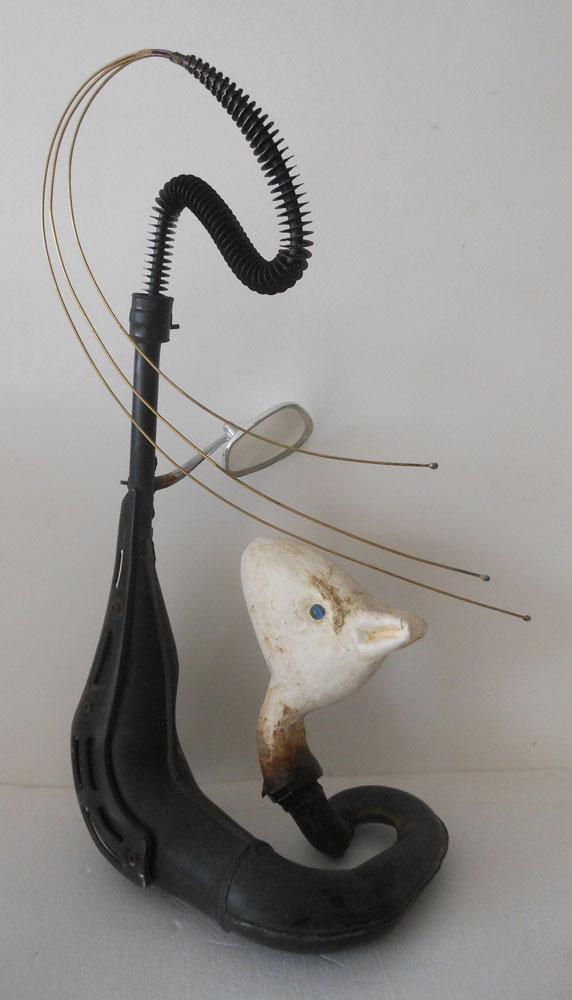 We do not work only in the delivery room. We also have a deadline of cultural events. Music, theatre, weddings, inaugurations to get together with friends! No auctions, for now!

We are preparing the next event: songs of Kurt Weill interpreted by the captivating voice of Laetizia Planté and intriguing and evocative pianism of Eric Moriano, scheduled to beginning of March 2018 with aperitif, opening of an art-show and conviviality. In the next articles you will have accurate and detailed information.